The Ygrene Board of Directors is a diverse cross-section of distinguished executives in the areas of finance, public service, investments, capital and marketing. Together, they help guide Ygrene in the embodiment of our mission: improving people’s lives and contributing to a healthier environment by removing the barriers to financing property improvements. 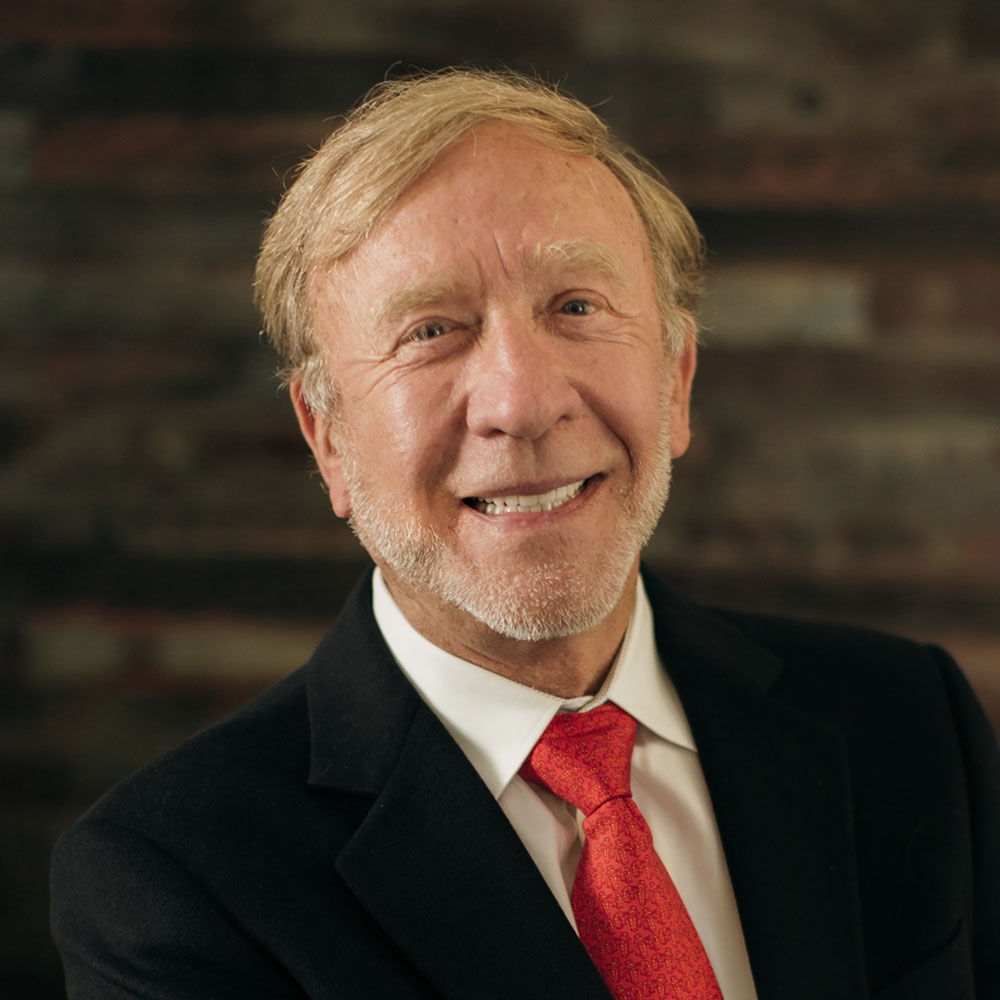 Dennis Hunter brings over 40 years of financial and entrepreneurial expertise to Ygrene. As cofounder and former board chairman of Sonoma National Bank, Dennis has extensive experience at the highest levels of the banking industry. He has led the development of over 35 commercial and residential real estate projects and currently serves on the board of a $100 million waste management company. In 2008, Dennis established the Global Legacy Foundation with the aim of creating real-world solutions to the problem of climate change. This passion, combined with his banking and financial expertise, led Dennis to develop Ygrene’s innovative method of PACE financing, an award-winning, privately funded program that has revolutionized the home improvement industry. 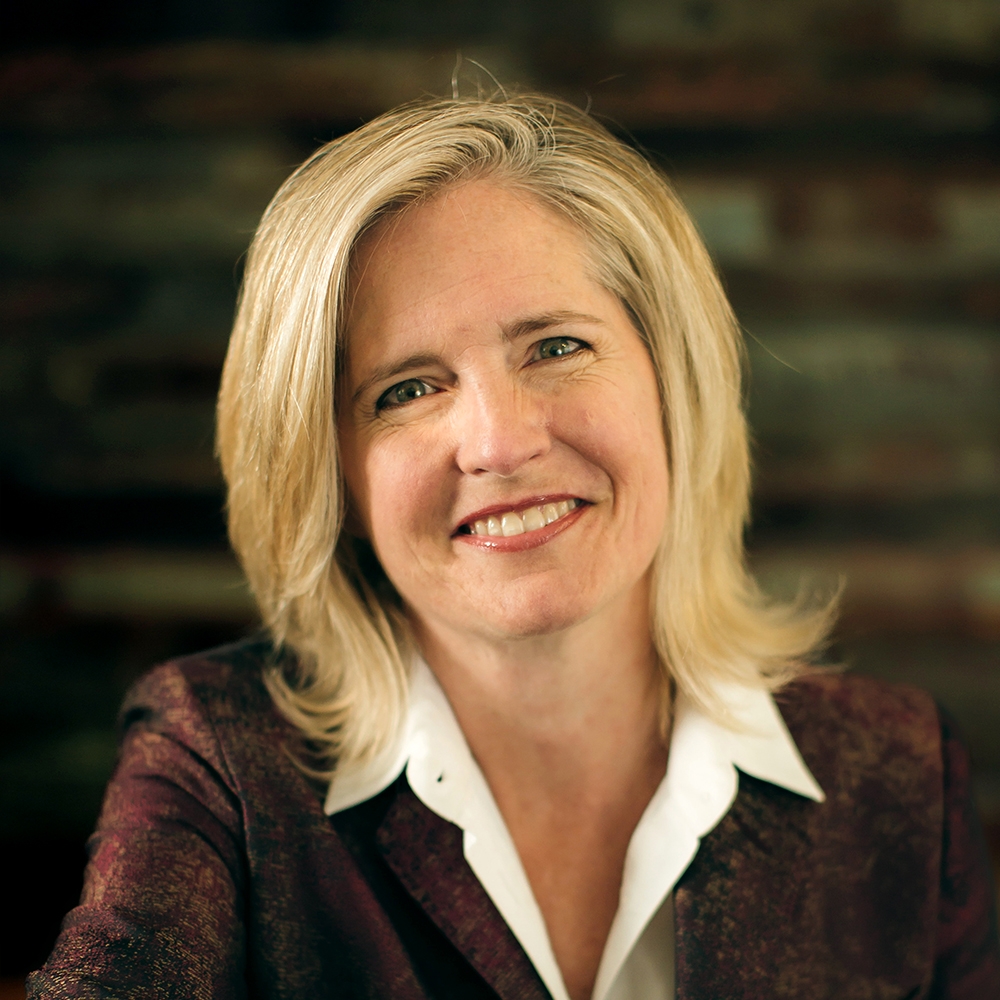 Stacey Lawson is Vice Chairman of Ygrene Energy Fund, a clean energy finance company that has deployed over $2.5B in renewable energy, energy efficiency, and climate resiliency projects. Ygrene has been recognized by the U.S. Department of Energy as a “Financial Ally” and granted the “Award for Leadership in Energy Efficiency Financing” and “Goal Achiever Award: Better Buildings Challenge”. Ygrene has also been awarded the “Commitment to Action Award” by the Clinton Global Initiative and the “Edison Award: Clean Energy Finance Model”, among others. As former CEO of Ygrene, Lawson has been an advocate for climate solutions, the clean energy economy, and climate justice across California and the nation.

Prior to leading Ygrene, Lawson was a candidate for U.S. Congress in California’s 2nd congressional district in 2012 where she advocated for critical economic, environmental and social justice initiatives, as well as authored “Making More in America: How Restoring America’s Manufacturing Strength Can Help Rebuild Our Middle Class”.

Lawson is co-founder of the Center for Entrepreneurship & Technology at the University of California Berkeley, where she was an Industry Fellow, lecturer, and advisor to new ventures. Lawson also spent 15 years as a senior executive in the high-tech industry. She is an active board member of Catalog Data Solutions, The Shift Network, Tripura Foundation, and the Institute for Noetic Sciences. Stacey holds a B.S. in Chemical Engineering from the University of Washington and a Masters in Business Administration from the Harvard Business School. 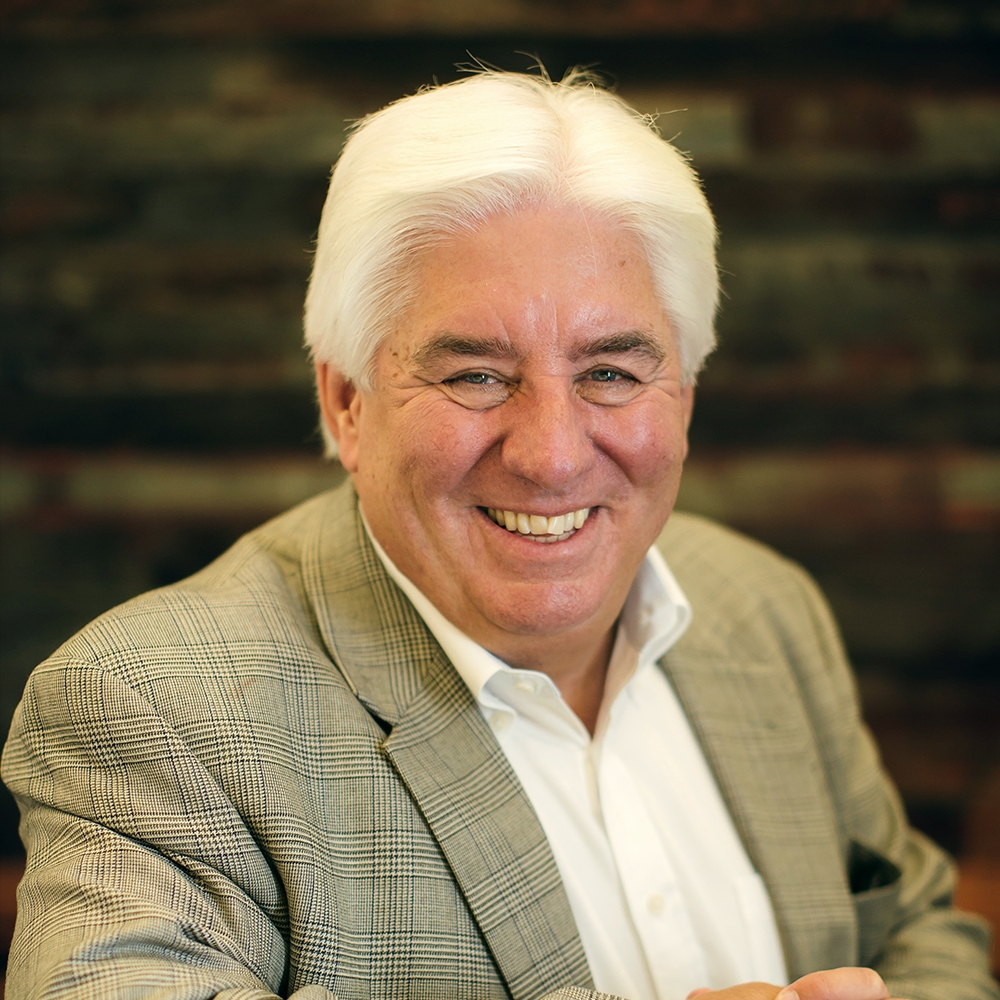 Martin Sullivan is an Operating Partner at Lightyear Capital. Prior to joining Lightyear in 2014, Mr. Sullivan was Deputy Chairman of Willis Group Holdings plc and Chairman and Chief Executive Officer of Willis Global Solutions. Previously, Mr. Sullivan was President and Chief Executive Officer of American International Group Inc. (AIG), where he worked for 37 years.

Kelly vanZutphen was instrumental in Ygrene’s original formation and served as head of Marketing for four years. With more than 20 years of marketing experience including brand development, neuro-marketing, marketing communications and building high quality service teams, vanZutphen advises Ygrene in the areas of Marketing Strategy, Branding, PR, Service Delivery and Human Resources. VanZutphen earned her BS from the University of Colorado, her MS from Dominican University and her doctoral degree from Pacific University in pediatric neuropsychology. 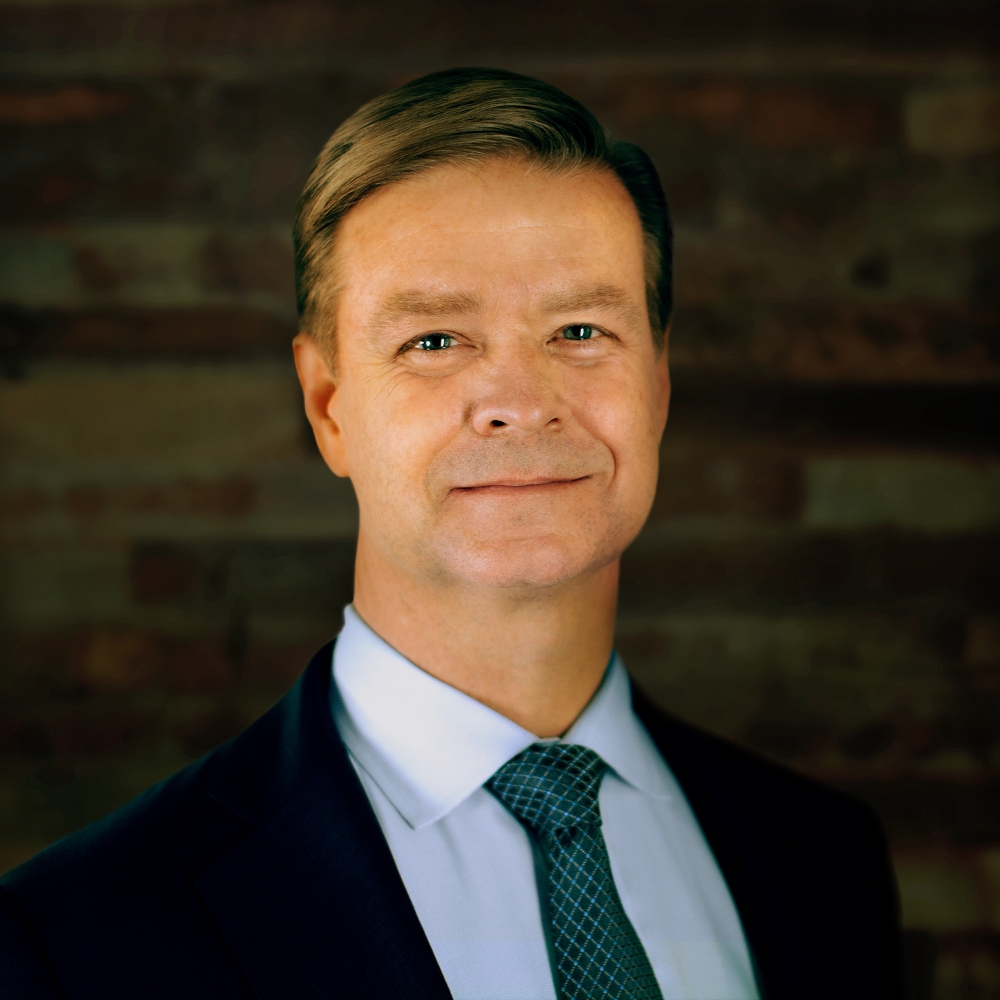 With over 30 years of financial services and high tech experience, Jim is currently the Chief Executive Officer of Ygrene Energy Fund. Previously, Jim was the Chief Executive Officer of National Credit Care and has held senior roles at Hewlett Packard, Capital One, Genworth Financial and QTS Realty Trust, where he was Chief Operating Officer and took the company public. He has also served on several for-profit and not-for-profit boards. After graduating with a Bachelor of Electrical Engineering from the United States Naval Academy, Jim completed his Masters in Electrical Engineering at the University of Maryland. He then went on to serve as a naval officer on a nuclear-powered submarine. Upon completing his service, Jim attended Harvard Business School. Married to his high school sweetheart, Mollie, Jim has three grown children. 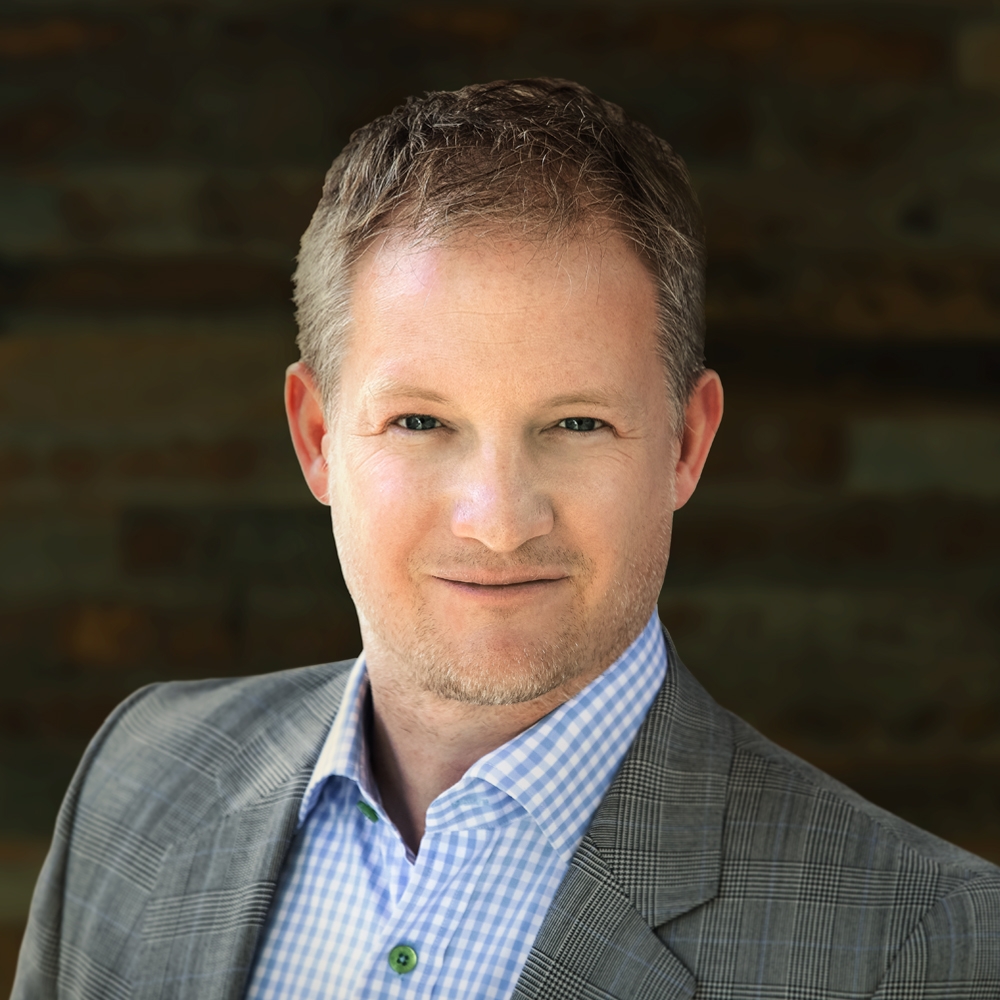 Jesse is the Managing Partner and Chief Investment Officer at Virgo. Prior to Virgo, Jesse was a senior investment professional at Eton Park Capital Management where he focused on credit, distressed, special situations and asset-based investing. Jesse joined Eton Park through a merger with R6 Capital Management, where he was a co-founder, partner and portfolio manager. Prior to joining R6 Capital, Jesse was a senior investment professional at Silver Point Capital. Jesse worked on the public trading desk and also assisted in the build out of the firm’s middle-market, private investment business, where he worked with several Virgo team members. Prior to Silver Point, Jesse was an Associate with Clayton, Dubilier and Rice and an Analyst with Morgan Stanley Capital Partners, the leveraged buyout principal investment division of Morgan Stanley. Jesse earned his BA from the Johns Hopkins University with highest honors, graduating at the top of his class with Phi Beta Kappa distinction.  Jesse also studied at the Paul H. Nitze School of Advanced International Studies and was a guest of the Japanese Ministry of Finance in Tokyo for a seminar on fiscal and monetary policy where he published a conference paper on private equity in Japan. Jesse is a member of the Virgo investment committee.